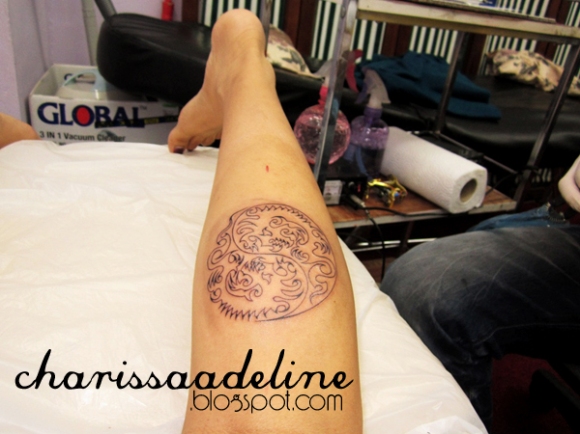 Yes yes. Another one.
As long as there’s space on my body, “another” tattoo will always be a possibility.

In balance, there is harmony.
4 Comments
fitness

When I started exercising again 3 months ago, I told myself I’d write a post if/when I got to my goal weight. Guess what. I have! Today, my weighing scale finally showed me 46.9kg. The lightest I’ve ever been in my life. And I can finally fit into shorts I haven’t been able to wear since 2009. Downside to it is, I can no longer wear any of my other shorts now. But who cares?! I have officially moved out of fatsville!
I’m not exaggerating. Since I’ve started talking bout losing weight, people (including my mum, who was around to see my progress) have told me that I didn’t really have much weight to lose in the first place. WRONG. I was so chubby, I didn’t want to go out and meet people. Here’s humiliating photo of the day year.

Me, at I-was-too-scared-to-weigh-myself kg.
Thighs that could feed a village.

I don’t intend to keep the magic formula that allowed me to stop feeling like such a fat pig, a secret. I’ve been in such a good mood today that I’m gonna share what I’ve been doing over the past 2 and a half months.

I owe a whole lot of it to my mum, who took me to her gym and signed me up within the first week of getting to Perth. Just because the suburb she lives in is a little boring and that’s what they do in their free time. Never really knew much bout classes til I got there.

Body pump is the original barbell class that strengthens your entire body. A 60 minute workout challenges all your major muscle groups by using the best weight-room exercise like squats, presses, lifts and curls.
I never lifted more than 6kgs really. My legs are pretty strong. But I could barely even handle 6kg when it came to the biceps curl. Also, I don’t plan on ever looking like Ms. Olympia, so lighter weights work perfectly for me.

Body step is the energizing step workout that uses a height-adjustable step and simple movements on, over and around the step. Cardio blocks push fat burning systems into high gear followed by muscle conditioning tracks that shape and tone your body.
Hands down my favourite type of workout. An hour of exercise has never felt shorter than when I was doing this class. Good music. Steps weren’t hard to pick up either.
4-5 classes a week. Swimming whenever we had the time to. And running. Something I never really enjoyed because I’ve never had the stamina to run. But cutting out smoking and going for classes took care of that. By the end of my two months in Perth, I could run 5 kilometers, non-stop, without passing out. Huge achievement for me.
Many people say that gyms here can be expensive and/or not convenient enough to get to. And it’s really hard to keep up a good exercise routine without the gym. I say that’s bullshit. Since getting back, I’ve actually worked out more frequently than I did in Perth. More or less an hour and a half a day.

I bought myself cute little dumbbells (don’t know why the photo rotated when it uploaded. too lazy to try and fix it). And I’ve got my own little routine worked out now.
Running, to cover the cardio side of it. At least 20 minutes a day. And the twister thing. Not really sure what it’s called, but it looks like this. 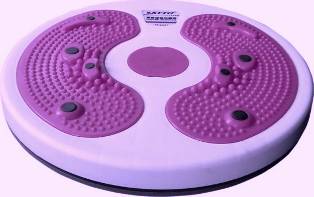 I think it works your whole body. Can’t exactly be sure, but I’ve been using it on and off for years and I think it’s the reason why I have curves. That and maybe good genes. And then I rotate the rest of it. I don’t count the sets I do, it gets boring that way. I have specific songs/tracks I use for each exercise, and I adjust the playlist according to what I want to do.
Arms – Tricep kickbacks, hammer curls.
Shoulder & back – Lateral raises, upright rows.

I now have muscles I didn’t know existed. Okay, that’s a little lie. I have muscles I didn’t think I’d ever see on my own body. Starting was always the problem, but once I began working out so often, I stopped feeling that exercise-related-laziness I was so used to. And believe it or not, I actually enjoy it now.

I can’t give much advice on food. I’m not following a strict diet or starving myself. I’m eating what I used to eat (at reasonable portions) and just burning it off I guess.

Me at 49 kg. About 2 weeks ago.
I’m not fully satisfied at the moment. Still want a nice flat tummy. But the goal’s not to lose weight anymore.  Got to be careful now. Don’t think I’d ever stop feeling like the unattractive chubby kid, coz that’s what I was. Can’t keep trying to be lighter. Just have to shift my focus to health and toning up for a while.
1 Comment
birthdays 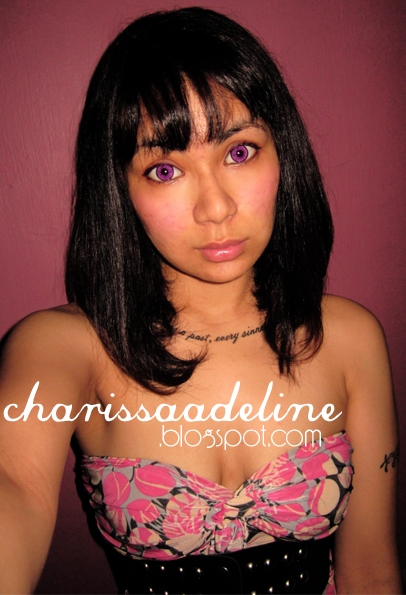 Yes yes, I know. Happy birthday to me.
Maybe being 22 felt so good that I don’t really wanna be 23 yet.
It was though. A really really good year.

Wow. I’ve really been neglecting my blog.
Can’t say I feel too bad about it this time. I just don’t have as many opinions as I used to.
Maybe I’m not as pissed with life anymore.
That’s a good thing, right?
(Photo removed upon personal request)
Penang ♥

Malacca ♥
In some ways, it’s really good to be home ☺
Leave a comment
current issues

So I actually felt my whole room shake just a while ago. Took me a couple of seconds to realise my laptop was moving a little. Tried to focus on the screen, but it felt weird. Then I figured it was my mind or body playing tricks on me coz it’s been a long day. It wasn’t til I looked at my wall and saw the lanyards on it swaying a little that it hit me, this must be an earthquake nearby.
I don’t mean get-in-the-car-and-go-for-a-drive nearby. I mean on-the-same-continent nearby.
Orange earthquake alert in Northern Sumatera, Indonesia. 6.5 on the richter scale. I think that’s it. Nothing much out about it yet, but I’m praying for the many people who’s lives are gonna be affected by this.
Malaysia’s really well protected, we’ve only felt a couple of extremely minor tremors over the past few years. All of which I woke up the next morning to discover I slept through. So yeah, this is different for me. I can not begin to imagine what the people there are going through :(